Well, we officially hit the 20 week mark on Thursday, putting us at least half way there. I can't believe how quickly time has flown. According to babycenter.com, the baby should be about the length of a banana now. I can feel him moving and growing in there for sure. I will post another baby bump picture soon if I can remember to get Tommy to take one. I am feeling great most of the time now. I still have occasional sudden onset waves of nausea, but luckily I haven't been in the car for any of them recently. I figure that may just be a permanent feature of this pregnancy so I am trying to just get used to that.

In the past week or so, we have made some more decisions. We have a full name now. Our little one will be Zane Curry Williamson. This will give Tommy an easy nickname for him when he is running late or being stubborn, characteristic of a Curry. :-) We also decided on a nursery set today. We have picked the Cocalo Peekaboo Friends bedding set, as shown below. 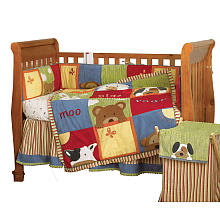 We love the primary colors and we feel like we can do a lot with it to make the room our own. The only problem is that no one wants to keep the set consistently in stock in stores, so after several disaoppointing trips to a variety of stores, we bit the bullet and just ordered it online on our own. We will register for some of the matching stuff, but most of it will be "online only" items. We will find mix and match stuff to register for in stores too so no worries there. Now we just have to figure out how we want to paint the room. Ideas?

Our creative idea of the week has been to build his name out of lego blocks. Tommy jumped on this and bought a box of legos to experiment with this weekend. It turned out pretty well but we ran out of green and white before he could finish. 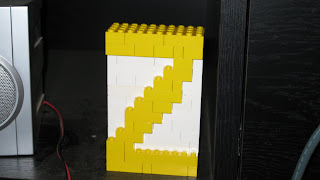 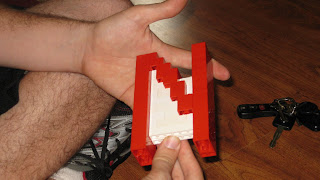 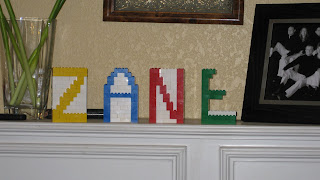 I've been having fun with the video feature on our new camera. I just love how Tommy tries so hard to tone down his frustration in the video. I was so glad to catch him break one! Anyway, if any of you have some extra green or white legos that you wouldn't mind donating to the cause of Zane's nursery, we would love to take them off your hands! 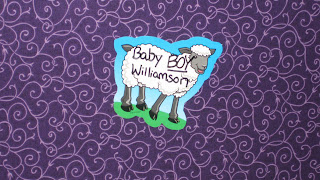 They included Zane on the bulletin board at church with all the babies that have been born recently or that are on the way. I thought it was super cute!

Other than that, we are just trying not to be too busy. I was in Memphis, TN for most of this past week at a conference. It was great, but it was exhausting to travel by myself at this point in my pregnancy. No regrets, but next time around I would probably make Tommy come with me to pull my luggage around. :-) I know next week will be insane trying to play catch up at work, but I will be glad to be back.

We love you all!